Hi Guys, This is Lissy Puddleton and Spider here reporting on all things Lissy. So, here’s a little about my life. I am nine years old and live in Austin, Texas along with my four cousins, Cagney, Aidan, Olivia and Tess. Up until recently we led quiet, uneventful lives, but over the past few weeks life has changed in a major way.

You see our parents travel – A LOT which is good for them, but seriously bad for us. Because when they travel we all get dumped. And because we all live close together, we all get dumped at the same place … Grandma’s!

I guess you’re thinking how bad can it be? Grandmas are great, right? They bake cookies, they play monopoly, they let you stay up past bedtime and take you to the park. Yeah – not so much. Grandma Callie, it turns out, does none of those things. Grandma Callie is the antithesis of a Grandma, other than being forgetful. That, she’s really good at! We could take all day listing the places we’ve been left by Grandma, but that’s a whole other story. I guess it’s not all bad. Being an only child, even with Spider for company, can get kind of lonely, so it’s always fun to see my cousins – sometimes!

You probably met them already, but just in case you didn’t I’ll tell you a little about them …

The first word that comes to mind when I think of Cagney is diva. Cagney is never happier than when she is either shopping or being pampered. If there was a school credit for spending money Cagney would be top of the class.

Like me, Cagney is petite, with light brown curly hair. Sometimes people think we are sisters. Hmm! But unfortunately for her, Cagney’s curls have a mind of their own. Cagney wears glasses, She also breaks glasses. All I can say is, her parents must have a real good insurance plan. Don’t get me wrong, Cagney has her good points. She’ll always give you advice on fashion, which is okay, except you can’t argue with her coz she always knows best. Wait, this was supposed to be the positive things!

Actually one of the best things about Cagney is she’s a cautious kind of cousin. I like that about her. She’s also a great photographer. She really is. She wants to be a fashion photographer and if she could mellow out a little, she might just make it!

Olivia is the next oldest. She was born in May, at least we think she was. I think not knowing my actual birthdate might bother me, but it doesn’t bother Olivia. If I’m honest, very few things bother Olivia.

She’s pretty easy going. Some might say reckless. She could definitely do with some of Cagney’s caution. And Olivia always seems to be in trouble. Amazingly so, this doesn’t bother her either. I would just die if I got caught doing some of the stuff Olivia does. She would make a great gymnast, but there’s no way you’d get O in a sparkly pink leotard. In fact, there’s no way you’d get her in anything sparkly, let alone pink. But she really is agile! Maybe it’s coz she’s so tiny.

Olivia also likes dogs. They seem to bring out her sweet side. Olivia doesn’t look very Chinese. She has short dark hair, olive skin and unlike most Chinese kids she doesn’t have those typically almond eyes. I think she’s pretty, especially when she smiles and her dimples come out, but she’d hate me for saying it.

Aidan is probably my favorite cousin. Like me he likes to learn and can always be found reading a book, plus he’s way smart. I like that about him. But, what I like best is how kind he is. He’s never mean and that takes some doing with a sister like Cagney. He’s also very sensible and likes to weigh up the pros and cons before rushing into anything. You can really do with someone like him when you have Olivia around.

Aidan is not perfect, however. He’s never been picked first on any team, other than debate and traveling with him is always interesting. Interesting in the way that you never know if he’s going to make it without bringing up his breakfast.

Like his sister, Cagney, he has light brown hair, but dark hazel eyes. I’ve heard some girls at school say he was super cute, but he’s my cousin, so I don’t notice things like that.

Tess is the baby of the family. If you’re ever depressed just a few moments with Tess will cure you. The child is ridiculously happy. The glass is not just full, but overflowing where Tess is concerned.

Tess, like her sister, Olivia, was also adopted from China. She has long black hair and perfect almond eyes. Her favorite color is most definitely pink. If pink offends you, Tess is probably not the child for you!

I’ve mentioned that Tess is a happy child. I should also mention that she is also quite crazy – but in a good way (mostly). She’s also an exceptional artist. Of all of us, Tess is the artistic one. I’ll see if I can post some of her drawings – you’ll be impressed.

As for me. Well, I’m an only child, which is okay when you have so many cousins. I love to learn and I think people would describe me as shy. I can be, but not with my cousins.

And so, that’s the five of us. In many ways we are like your typical, every day American family. But thanks to Grandma, we’re also very different!

My blog, started after my aunt wrote her first book, Operation Golden Llama about me and my cousins, Cagney, Olivia, Aidan and Tess. Here you will find behind the scenes info and all things Puddleton, with the occasional llama thrown in for good measure. Enjoy!

Dumped at their eccentric Grandma's, Cagney, Olivia, Aidan, Lissy and Tess are convinced they're in for a boring summer. But when Grandma gets a series of mysterious phone calls, and a highly unlikely pet sitter arrives, the cousins find themselves jetting off to Peru, where much to their surprise they find their adventures have only just begun. Click on the image below to buy it on Amazon.com 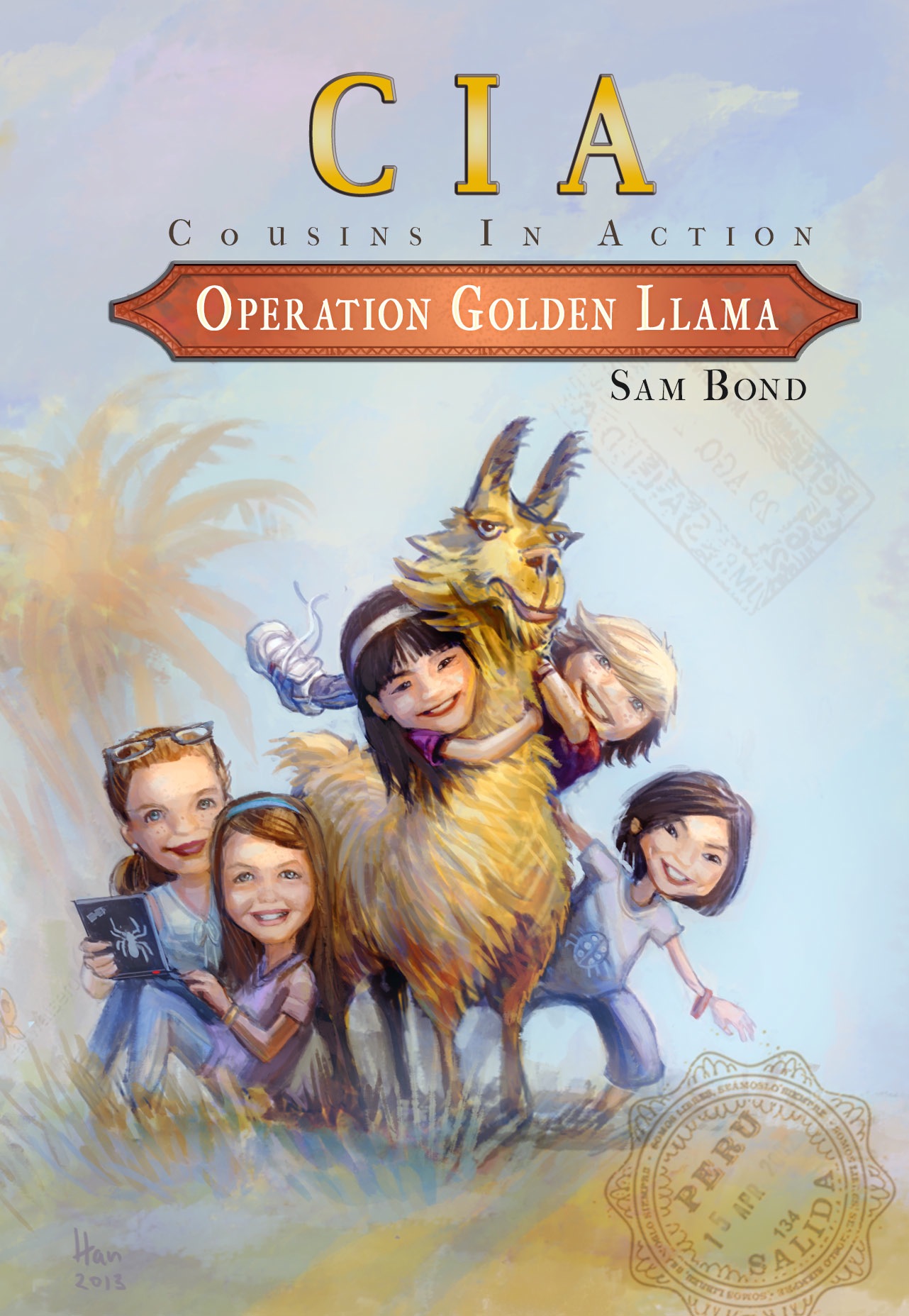 Less than a week after their Peruvian adventure, the cousins find themselves back at Grandma’s, and they are not happy. Grandma is uncharacteristically silent, and Sneezy, the pet sitter, is cagier than ever. Luckily Cagney, Olivia, Aidan, Lissy and Tess have little time to dwell on all the secrecy. Before they know it, Grandma receives another mysterious phone call and whisks the cousins off to an exotic land where they must find answers – and find them quick – or things could turn deadly. Join the cousins on a romp through vibrant and bustling India in the second book of the Cousins In Action series. Click on the image below to buy it on Amazon.com 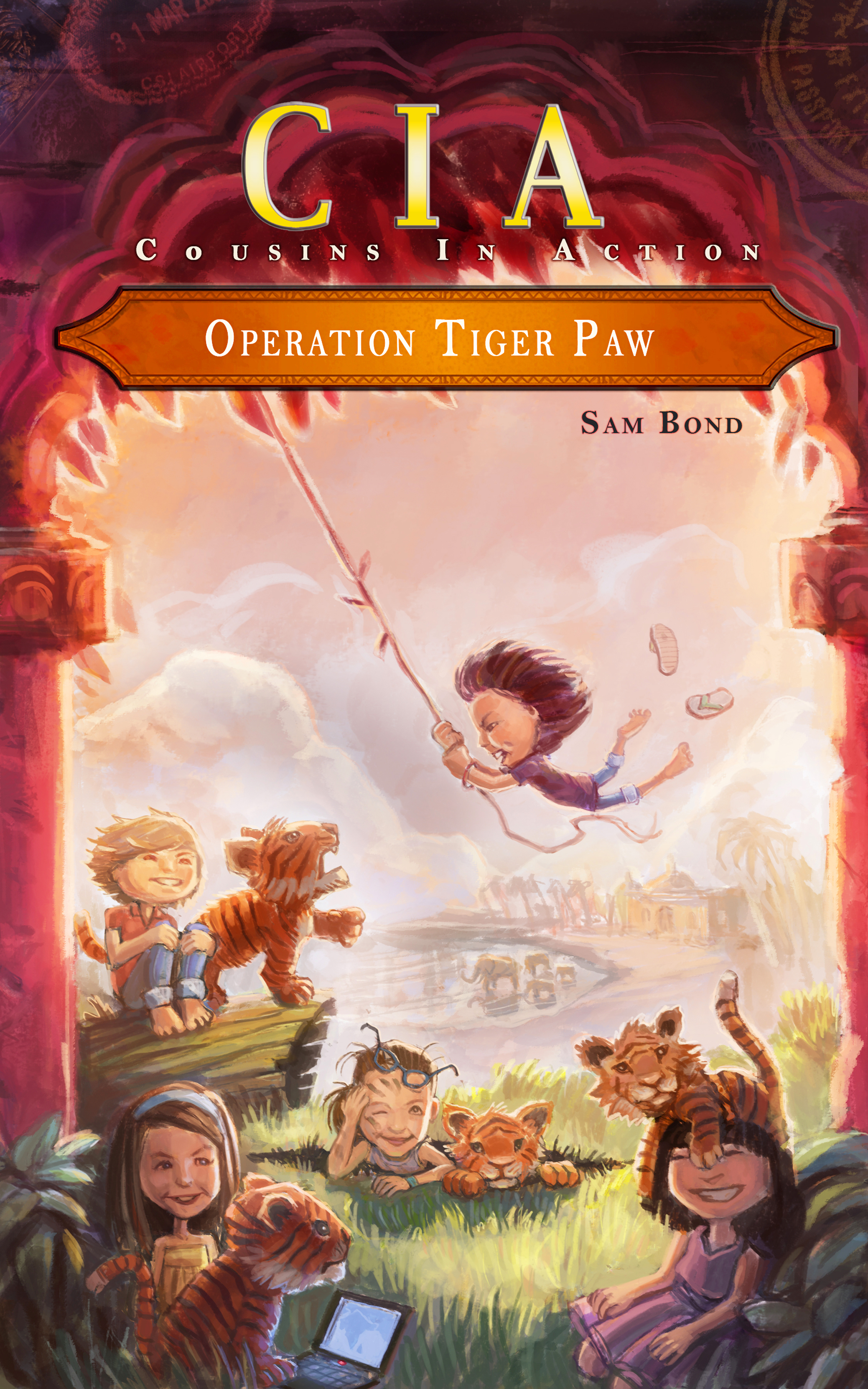 Do you believe in ghosts? The cousins don't. But when they are stranded in a haunted castle, where things go bump in the night and everything is not quite as it seems, they start to have second thoughts. Join Cagney, Olivia, Aidan, Lissy and Tess as they uncover the secrets of English country life and discover a few spooky surprises. In a village teeming with an uproarious cast of characters, the cousins must figure out who they can and cannot trust in their most mysterious adventure yet. Click on the image below to buy it on Amazon.com 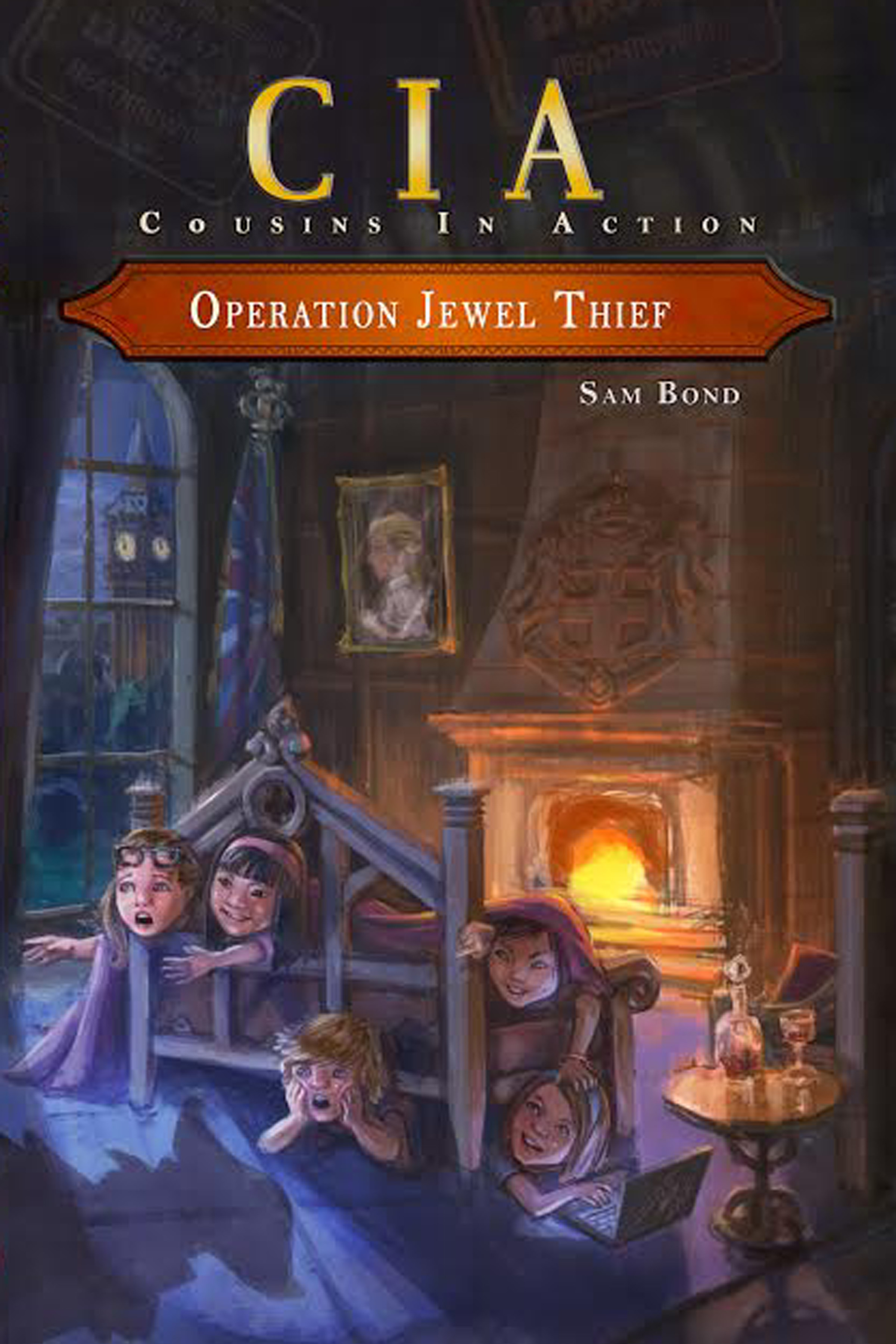 If you like reading about kidnapping, car crashes, break-ins, dead bodies, snakes, Spiders, llamas, age long mysteries, disappearing Grandma’s and lots and lots of gold, then this is the book for you!